Yield for IOS Recently Comes With Ad Banners — That Sucks!

Quite a while ago, I purchased the iOS game Yield1 from Apple’s app store. Playing it is a lot of fun, although there could be more than 13 levels. But my wife enjoys playing them over and over again.

With the recent update to version 1.43 the author, AN Grupa, decided to include ads (banners) in the game. No, not in the lite/free/appetizer version of the game, but in the one that I actually already paid for.

Furthermore, they did not go for nag-screen advertising, e.g., when loading the game. Instead, ads are displayed on top of your screen while you’re playing, distracting you from the game, and — worst of all — hiding one of the most important pieces of information in the game (“How many cars need to pass the intersection to complete this level?"). 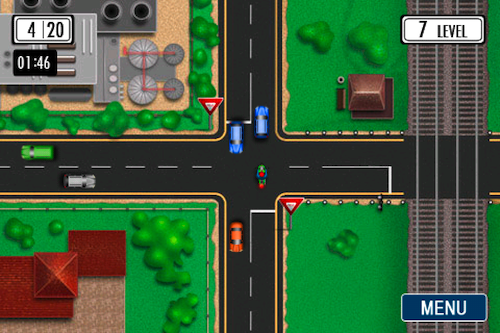 The only workaround to hide the ads on a non-jailbroken iPhone seems to be activating the iPhone airplane mode, i.e., disable network traffic via WiFi or 3G.

I’m not angry enough to completely remove the game from my iPhone (I’m using the workaround for the few times I play it), but I’d really like to go back to the previous version. Unfortunately, Apple’s App Store doesn’t allow you to download/install an older version of an app, and due to a recent HDD upgrade in my Time Capsule, my oldest Time Machine backup only includes the current Yield version. 🙁